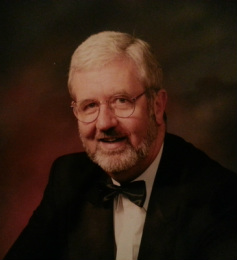 Brian joined the Plymouth Area Police Choir in September 1986.  With the exception of just one year, when he took a sabbatical break in Southern Spain, he has been our Musical Director ever since.  2012 saw the 40th Anniversary as Musical Director.

He has been the Musical Director for "Music of the Night" I, II, III, IV, V and VI and he has also musically directed countless shows for the Plymouth Theatre Company, at the Devonport Playhouse and the Theatre Royal.

He recently received the Chief Constable's Commendation for his dedication and leadership of the choir.   The choir would not be in the position to provide entertainment and fundraising that it does without the massive commitment of Brian.  He works tirelessly to raise and maintain the standards of the choir. It is no surprise that the choir has become recognised as one of the premier Male Voice choirs in the South West.

Brian feels that the Plymouth Area Police Choir continues to go from strength to strength and wishes to thank all the members for their dedication, enthusiasm and commitment - with special thanks to "our orchestra", namely Rosemary Fox,  for her continued support and her friendship. 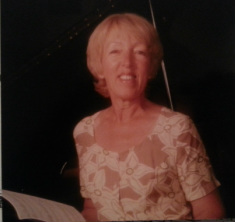 Rosemary has been the choir's accompanist since 1993 and since her appointment, she has become an extremely popular and valued member of the choir.


She has recently been honoured with the position of Lady Mayoress of Plymouth. This is an amazing accomplishment of which the choir is immensely proud.

She is also the Chairlady of the Carmenian Theatre Company in Plymouth and has been their Musical Director and Accompanist for several shows.  She has also been involved with the Tavistock Operatic Society and the Plymouth Theatre Company.  Rosemary has also been the Official Accompanist at the Plymouth Music Festival.  She regularly performs solos as part of the choir's concert programme.

Rosemary values her long association with the Plymouth Area Police Choir and her close working relationship with Brian Gerry and the choir.   She greatly values the friendship and support which they have given over the years.